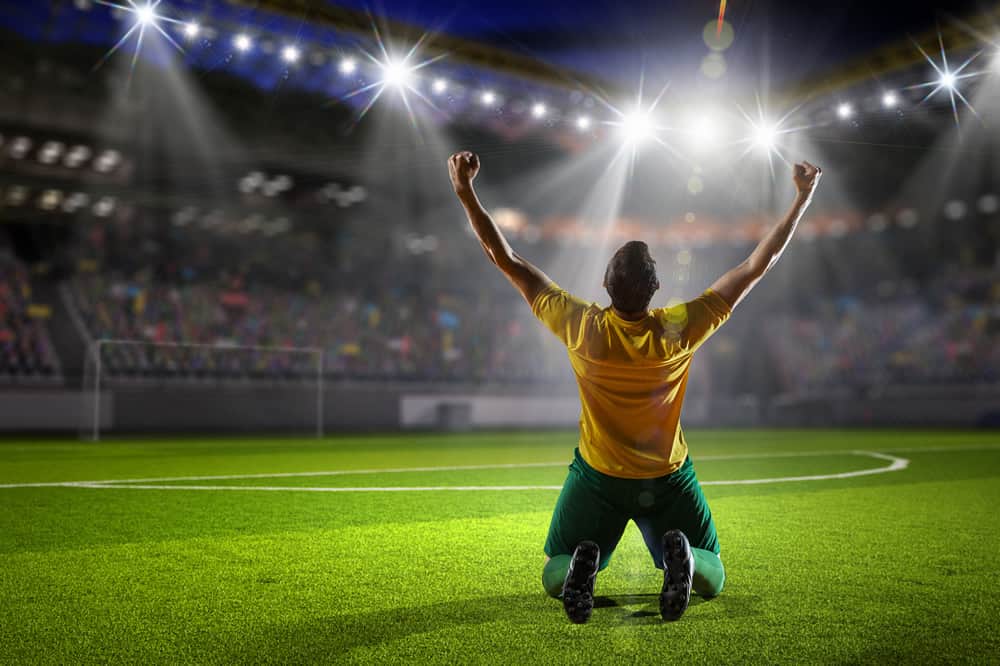 What Is A Hat Trick In Soccer?

When you think of the term hat-trick, most people automatically go straight to hockey. However, the term is actually used in soccer as well.

Scoring this type of shot could be a defining moment in any player’s career. But what exactly is a hat trick? How did it get that name, and which soccer player is famous for hat tricks?

These are all questions that you need to know the answers to if you are looking at improving your soccer playing skills. So we will answer these questions as we define what a hat trick is in soccer. Let’s get down to it!

Quite simply, a hat-trick in soccer is when one player scores three goals in a single soccer game. There is no need for them to be done in order or even in the same way, and it doesn’t matter the player’s position.

This may seem like a strange way to discuss these types of consecutive deliveries of that ball into the net. Many give credit to the terminology coming from the sport of cricket.

What Is a Perfect Hat Trick?

Just like with many other terminologies or techniques in soccer, there is the idea of the perfect hat trick. This is a term used when the single-player executing the hat trick meets a few criteria. Of the three goals, one needs to be scored by the player’s right flip, left hip, and head.

There is such a focus on this type of technique because it shows the versatility of the soccer player, which is why it has become ingrained in soccer terminology.

Origins of the Term

We mentioned that the term hat trick might have its origins in cricket. The story goes that in 1858, a player in a cricket game was able to get three different players out after throwing three consecutive balls. When this player did that as an award for this fantastic feat, he was given a hat. Hence the term hat trick.

In order to keep the tradition of giving a symbolic reward for such a feat, soccer players have created their own tradition. It’s not an official prize, but those who can execute those three shots in a single game are given the match ball.

Some Examples of Hat Tricks in Soccer

With an understanding of how unique a hat-trick in soccer is, you may be asking yourself who has the fastest hat tricks and what are some examples of exceptional executions of this unique feat.

Before we break down the examples of a few hat tricks that left their mark on soccer history, we will want to look at the fastest. When it comes to World Records, one of the fastest hat tricks happened in just 90 seconds. This was done by Tommy Ross in 1964.

There have been those that have had pretty fast hat tricks that are still amazing. For instance, Sadio Mane also has the fastest hat trick with the execution of one in 2-minutes and 36 seconds.

The world record, though, was turned over in 2015. A Sheffield Sunday league soccer player was able to put that ball in the net, scoring three consecutive goals within 70 seconds, becoming the current record. Alex Torr scored four goals in that game, and the three that won him the title of fastest hat trick were executed within the last couple of minutes.

Now that we have looked at the fastest hat trick let us look at some other pretty notable examples of hat tricks throughout soccer history.

Perhaps one of the most famous hat tricks came in the 1966 World Cup Final when West Germany played against England. It would see Germany vs. England at Wembley Stadium. Geoff Hurst pulled off a perfect hat trick, making it one of the most impressive examples in soccer history.

Another impressive hat trick came in the La Liga 2001. For Rivaldo and Barcelona to be able to enter the Champions League the following season, they had to beat Valencia in the 2000/2001 season final game. With only a few minutes left on the clock, he kicked over the wall and passed the Valencia goalie, Santiago Canizares. He quickly followed that up by executing two more goals into the back of the net, the final being in the 87th minute, which would earn his team a ticket to the champion leagues and him a place in history.

Even if you are not a football fan, everyone knows Lionel Messi’s name. He may be one of the most prominent players that execute hat tricks consistently. That being said, one of the biggest wins of his career happened in La Liga 2007 when he was up against Real Madrid. Though the hat trick was vital to Messi’s career, it didn’t give his team the win.

In a heated battle at an international friendly in 2012, Sweden went up against England. With under half an hour left on the clock, Zlatan Ibrahimovic scored some pretty big goals against England goalie Joe Hart. He even went on to score four goals instead of the three needed for the epic hat trick.

Gareth Bale had a pretty epic moment at the Champions League in 2010 when his team Tottenham went up against Inter Milan. Having executed two goals already, it was in the 89th minute when he scored the third to give himself a hero’s moment. The hat trick allowed his team to move on to the next round and showed the world that he was a world-class soccer player.

A hat trick in soccer occurs when a single player executes three goals in one match. It doesn’t matter the type of goals or how it happens, just that it does. Many professional soccer players will go their whole careers without having one of these illustrious feats entered on their scorecards. But for those that have, they wind up etched in history forever.