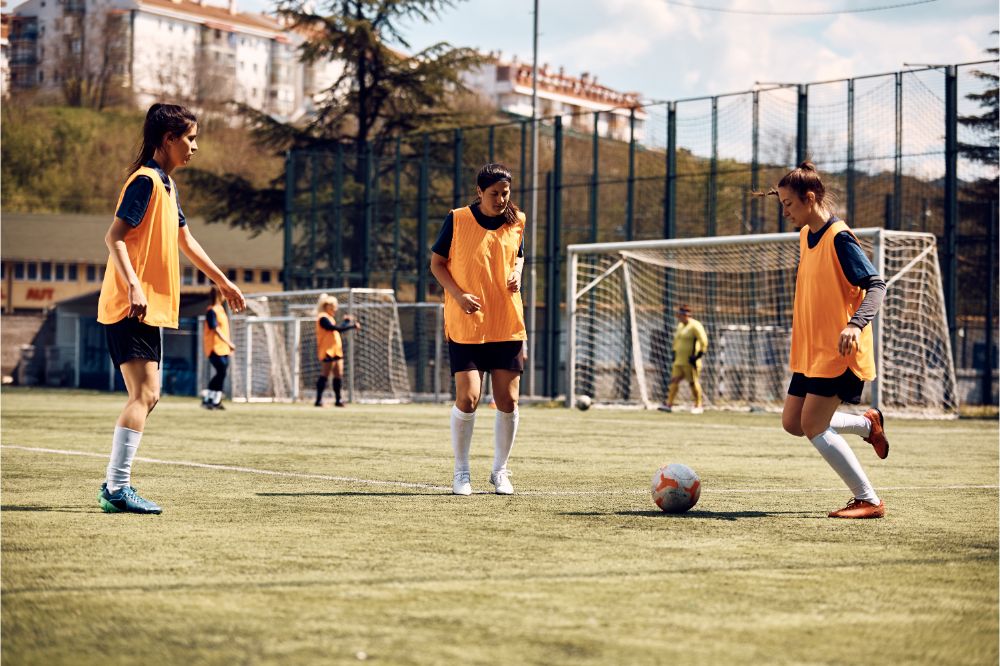 What Is Nutmegging in Soccer

Football, or as some call it, soccer, is one of the most-watched sports. This is not only because each fan wants to rally behind their favorite football club but because these hotly contested games bring out some of the best skills the world has seen. One of these skill moves is a nutmeg.

Nutmeg in soccer is practiced by kicking the ball through the opponent's leg, so the ball passes through them and back to the player who initiated the skill. This is what a successful nutmeg is. This skilled move cannot be made by every football player as easy as it sounds because it requires some flair from the footballer for them to perform it.

Names like Lionel Messi, Cristiano Ronaldo, Luis Suarez, Neymar, and Ronaldinho come up whenever nutmeg is talked about. This is because they have performed some of the iconic nutmegs in football history by not only beating one player but multiple on their road to scoring goals.

History of Nutmeg in Soccer

Brian Glanville earlier used the term nutmeg in the book A Bad Lot, and the term nuts were utilized in Alex Leith's book Over the Moon, Brian to imply that nuts were testicles of the player through whose legs the ball passed through, and that nutmeg was derived from there.

There is also another variation of where the word nutmeg originated from. This is from the Cockney rhyming slang, where nutmeg is the rhyming slang for a leg.

Other theories, which originated earlier than 1940 in Victoria, England, claimed that nutmeg was used to imply that someone was deceived or tricked to make them look foolish.

Another theory came from Peter Seddon's book, The Football Talk, which stated that nutmegs were a treasured commodity (spices) and that immoral exporters were to pull a fast one by mixing wooden replicas in nutmeg sacks being shipped to England. This action brought about the association of the word nutmeg to imply stupidity on the part of the deceived victim and genius on the part of the quack.

A street football game originates in the Netherlands, which is known as Panna. The game is built around using this skill move.

Although the skill move, nutmeg, sounds easy to execute, the truth is that it takes a lot of practice and drill work for a player to perform it successfully.

However, some professional footballers have pulled off this skill move more than once in big stages like the Champions League, creating the impression that this is one of the easiest, if not the easiest, football skills to do.

It can be stupefying when a player like a defender pulls the nutmeg on a striker. For instance, during the highly anticipated El Clasico match between Barcelona and Real Madrid brought the best in Dani Alves, and who was his victim? Cristiano Ronaldo is the name. Dani Alves, a right-back defender, decided to take matters into his own hands and play a striker's role. He cut inside the opponents' box and met with Ronaldo. He pretended to back off and let Ronaldo commit; Alves turned elegantly and pushed the ball through Cristiano's leg. This left the Portuguese star stunned by the defender's guts and skill.

During Luis Suarez's time at Liverpool, the striker was known for his multiple nutmegs all over the pitch, and this brought the saying that Suarez can nutmeg a mermaid. This is because the player could force the ball through the players' legs and leave them amazed by the ease with which he did it.

Another honorable mention is Lionel Messi's days in Barcelona. This was one of the league games between Real Betis and Barcelona. The former had done a good job defending attacks from the prolific center-forward, but they did not know that Messi was not done yet. Lionel Messi beat Guardado, a defender, using this skill move on two occasions. On one of the occasions, Messi shielded the ball well, twisted and turned, and put the ball through Guadrado's legs.

The ease with which Messi beat the opposing team players and the nutmeg made the Real Betis fans stand and applaud one of the greatest football players the world has seen. How To Nutmeg Easily

Although it is not a must-have skill move to have, pulling it off may prove the difference in a competitive match. In addition to that, this skill move brings some flashiness and elegance that can help boost your confidence throughout the game.

The following tips will help you learn the best way to do a nutmeg.

The first is making the defender overcommit. This is where you wait for them to come to you too fast, and when they are trying to get to the ball, or when they are overstretching their leg, this is when you should kick the ball through their legs and leave them stunned. Then, when you time their desperate effort to perfection, the skill move can leave them on the ground as they can lose their footing.

Another basic thing to follow is misdirecting the opponent or defender. This is by pretending to go to one side and then go to the other. This will force the defender to leave their legs open and this is your chance to execute the skill.

Catching the defender off guard should not be taken for granted if you want to execute a successful nutmeg. This is important as the defender has had instances where a player wants to put the ball through their legs, and therefore they will be anticipating you will try the same. Therefore, to ensure that the defender doesn't read your next move, try other tricks at different times, and when they least expect it, execute this skill and leave the defender amazed by your guts.

Soccer is an amazing sport that brings people together and makes them cheerful as they see their favorite players compete on the grandest stages. Now that you know how and when to execute a nutmeg, you can write your name on the football history by scoring an iconic goal in front of the biggest stages in world football.